Get a Call Back from Our Travel Experts
Close

Agra is the city of the Taj Mahal, in the north Indian state of Uttar Pradesh, some 200 km from Delhi. Agra has three UNESCO World Heritage sites, the Taj Mahal and the Agra Fort in the city and Fatehpur Sikri nearby. There are also many other buildings and tombs from Agra's days of glory as the capital of the Mughal Empire.

The city was first mentioned in the epic Mahabharata, where it was called Agrevana. However, the 11th century Persian poet Mas'ad Sa'd Salman writes of a desperate assault on the fortress of Agra, then held by the Shahi King Jayapala, by Sultan Mahmud of Ghazni. It was mentioned for the first time in 1080 AD when a Ghaznavi force captured it. Sultan Sikandar Lodi (1488–1517) was the first to move his capital from Delhi to Agra in 1506. He governed the country from here and Agra assumed the importance of the second capital. He died in 1517 and his son, Ibrahim Lodi, remained in power there for nine more years and several palaces, wells and a mosque were built by him in the fort during his period, finally being defeated at the Battle of Panipat in 1526. Between 1540 and 1556, Afghans, beginning with Sher Shah Suri ruled the area. It was the capital of the Mughal Empire from 1556 to 1658.

Taj Mahal
The Taj Mahal is one of the most famous buildings in the world, the mausoleum of Shah Jahan's favourite wife, Mumtaz Mahal. It is one of the New Seven Wonders of the world, and one of the three World Heritage Sites in Agra. Agra is commonly identified as the "City of Taj". Completed in 1653, the Taj Mahal was built by the Mughal king Shah Jahan as the final resting place for his beloved wife, Mumtaz Mahal. Finished in marble, it is perhaps India's most beautiful monument and is set amidst landscaped gardens. Built by the Persian architect, Ustad '?s?, the Taj Mahal is on the south bank of the Yamuna River. It can be observed from Agra Fort from where Emperor Shah Jahan gazed at it for the last eight years of his life, a prisoner of his son Aurangzeb. Verses of the Quran are inscribed on it and at the top of the gate are twenty-two small domes, signifying the number of years the monument took to build. The Taj Mahal was built on a marble platform that stands above a sandstone one. The most elegant dome of the Taj Mahal has a diameter of 60 feet (18 m), and rises to a height of 80 feet (24 m); directly under this dome is the tomb of Mumtaz Mahal. Shah Jahan's tomb was erected next to hers by his son Aurangzeb. The interiors are decorated with fine inlay work, incorporating semi-precious stones.

Agra Fort
Agra Fort (sometimes called the Red Fort), was commissioned by the conquering Mughal Emperor Akbar the Great in 1565, and is another of Agra's World Heritage Sites. A stone tablet at the gate of the Fort states that it had been built before 1000 but was later renovated by Akbar. The red sandstone fort was converted into a palace during Shah Jahan's time, and reworked extensively with marble and pietra dura inlay. Notable buildings in the fort include the Pearl Mosque or Moti Masjid, the Diwan-e-'am and Diwan-e-Khas (halls of public and private audience), Jahangir's Palace, Khas Mahal, Shesh Mahal (mirrored palace), and the Musamman Burj.The forbidding exteriors of this fort conceal an inner paradise. The fort is crescent shaped, flattened on the east with a long, nearly straight wall facing the river. It has a total perimeter of 2.4 kilometres (1.5 mi), and is ringed by double castellated ramparts of red sandstone punctuated at regular intervals by bastions. A moat 9 metres (30 ft) wide and 10 metres (33 ft) deep surrounds the outer wall. The fort is a typical example of Mughal architecture, effectively showing how the North Indian style of fort construction differed from that of the South. In the South, the majority of forts were built on the seabed like the one at Bekal in Kerala.

Fatehpur Sikri
The Mughal Emperor Akbar built Fatehp?r Sikr? about 35 km (22 mi) from Agra, and moved his capital there. Later abandoned, the site displays a number of buildings of significant historical importance. A World Heritage Site, it is often visited by tourists. The name of the place came about after the Mughal Emperor Babar defeated Rana Sanga in a battle at a place called Sikri (about 40 km (25 mi) from Agra). Then the Mughal Emperor Akbar wanted to make Fatehpur Sikri his headquarters, so he built a majestic fort; due to shortage of water, however, he had to ultimately move his headquarters to Agra Fort. Buland Darwaza or 'the lofty gateway' was built by the great Mughal emperor, Akbar in 1601 CE. at Fatehpur Sikri. Akbar built the Buland Darwaza to commemorate his victory over Gujarat. The Buland Darwaza is approached by 52 steps. The Buland Darwaza is 53.63 metres (175.95 feet) high and 35 metres (115 feet) wide. it is made of red and buff sandstone, decorated by carving and black and white marble inlays. An inscription on the central face of the Buland Darwaza demonstrates Akbar's religious broadmindedness, it is a message from Jesus advising his followers not to consider this world as their permanent home.

I'timad-Ud-Daulah
The Empress Nur Jahan built I'timad-Ud-Daulah's Tomb, sometimes called the "Baby Taj", for her father, Mirza Ghiyas Beg, the Chief Minister of the Emperor Jahangir. Located on the left bank of the Yamuna river, the mausoleum is set in a large cruciform garden, criss-crossed by water courses and walkways. The area of the mausoleum itself is about 23 m2 (250 sq ft), and is built on a base that is about 50 m2 (540 sq ft) and about one metre (3.3 feet) high. On each corner are hexagonal towers, about thirteen metres (43 feet) tall. Small in comparison to many other Mughal-era tombs, it is sometimes described as a jewel box. Its garden layout and use of white marble, pietra dura, inlay designs and latticework presage many elements of the Taj Mahal. The walls are white marble from Rajasthan encrusted with semi-precious stone decorations – cornelian, jasper, lapis lazuli, onyx, and topaz in images of cypress trees and wine bottles, or more elaborate decorations like cut fruit or vases containing bouquets. Light penetrates to the interior through delicate jali screens of intricately carved white marble. Many of Noor Jahan's relatives are interred in the mausoleum. The only asymmetrical element of the entire complex are the tombs of her father and mother, which have been set side-by-side, a formation replicated in the Taj Mahal.

Akbar's Tomb, Sikandra
Sikandra, the last resting place of the Mughal Emperor Akbar the Great, is on the Delhi-Agra Highway, only 13 kilometres (8.1 miles) from the Agra Fort. Akbar's tomb reflects the completeness of his personality. The vast, beautifully carved, red-ochre sandstone tomb with deers, rabbits and langurs is set amidst a lush garden. Akbar himself planned his own tomb and selected a suitable site for it. To construct a tomb in one's lifetime was a Turkic custom which the Mughals followed religiously. Akbar's son Jah?ng?r completed construction of this pyramidal tomb in 1613. The 99 names of Allah have been inscribed on the tomb. 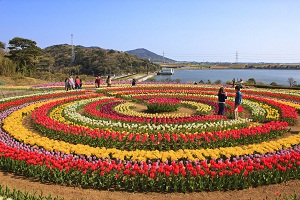 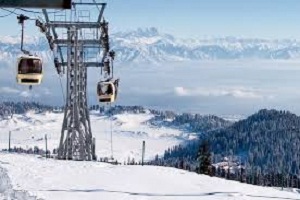 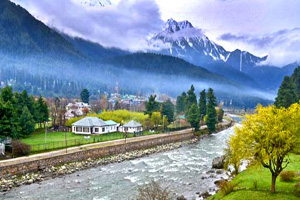 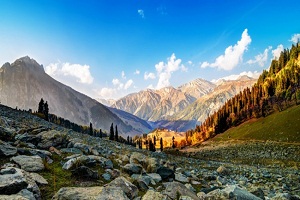 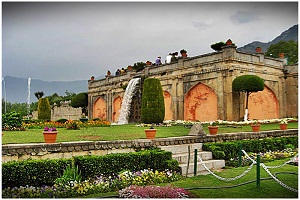 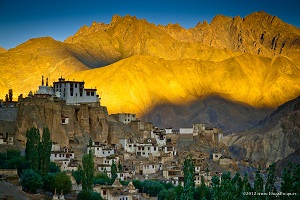 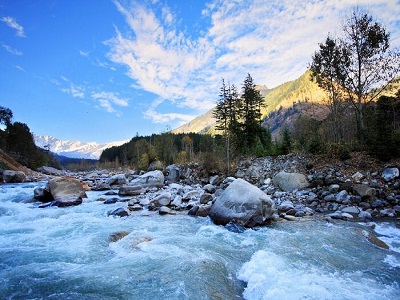 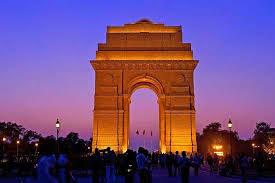 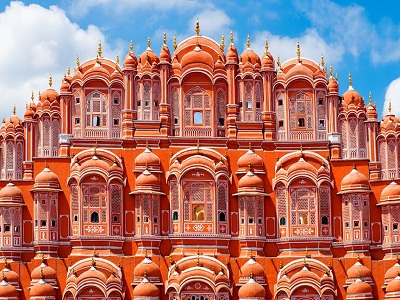 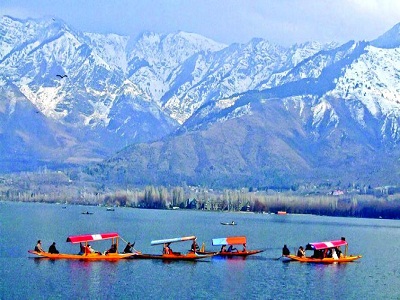 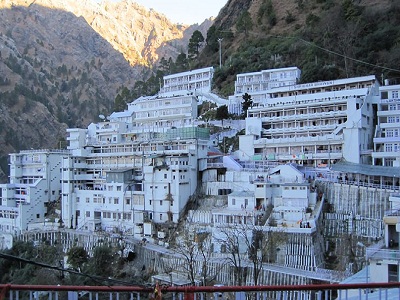